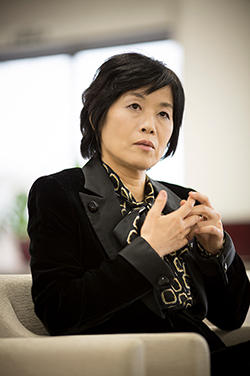 Professor Motoko Kotani, Director of the AIMR, has been selected as one of Asia’s 50 top women scientists in a report released by the AASSA (The Association of Academies and Societies of Sciences in Asia) entitled “Profiles of Women Scientists in Asia: Their inspirational stories.”

This report focuses on 50 distinguished women scientists nominated by AASSA member academies for their pioneering work in their respective scientific fields. Two Japanese scientists including Professor Kotani have been nominated in the report.

The AASSA is made up of 34 member academies and societies of science from 30 countries in Asia and Australasia including Japan, South Korea, China, Australia and New Zealand. It was established in 2012 to provide advice on issues related to science and technology, research and development, and the application of technology for socio-economic development.