A research group led by Professor Hiroyuki Isobe of Tohoku University, who is also in charge of the Isobe Degenerate π -Integration Project of Exploratory Research for Advanced Technology (ERATO) supported by JST, has clarified the atomic-level structure of a molecular peapod, namely, a carbonaceous combination of carbon nanotube*1 and fullerene*2. Since its discovery of the peapod-like structures in 1998, the unique supramolecular combination has attracted much interest. The precise molecular structure of the carbonaceous peapod, however, remained unclarified at the atomic level.
Researchers involved in this study have very recently developed a molecular peapod with a simple and discrete tubular structure and found that a fullerene molecule encapsulated inside the short and finite tube is so firmly captured that it cannot escape from the tube and that it rotates inside the tube in the solution state. In this study, they now clarified that (1) the fullerene molecule in the molecular peapod freely rotates even in the solid state, in which ordinary molecules stop their motions and (2) there is an extremely smooth, inflection-free surface inside the finite carbon nanotube molecule. The analysis was made possible with the high-flux X-ray beams of SPring-8 and Photon Factory of KEK. Their observations suggest that the smooth inner surface of carbon nanotubes is an essential structural feature for the encapsulated fullerene molecule to rotate. The findings will provide a first-step basis for the design of nanosize machines (molecular machines) with smooth dynamic motions in the solid state.
This study was carried out as part of the Isobe Degenerate π -Integration Project of ERATO as a JST Strategic Basic Research Program and was also supported by a Grant-in-Aid for Scientific Research from the Ministry of Education, Culture, Sports, Science and Technology and the Japan Society for the Promotion of Science. The results of this study were published in the American Scientific Journal Proceedings of the National Academy of Science of the United States of America (PNAS). 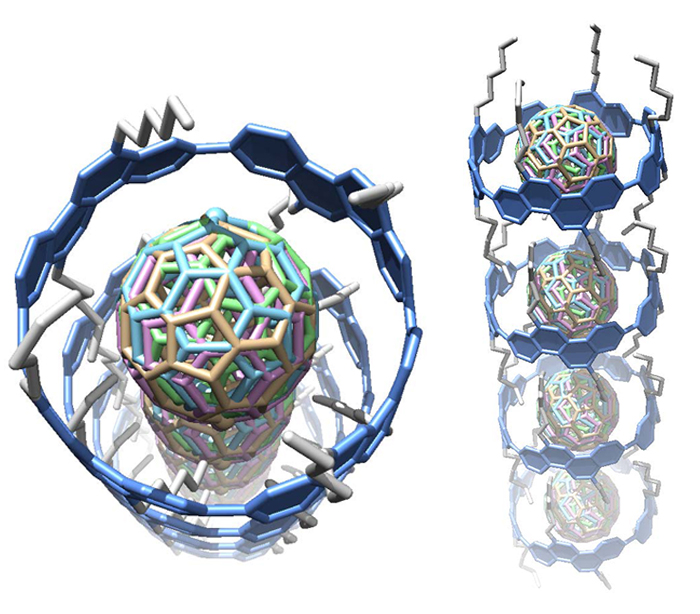 Fig. 4 Packing structures of molecular peapod
The tubular molecules are aligned along the cylindrical axis. Two carbon atoms (indicated by ball models) on the C60 molecules at the various orientations were located at the identical spatial positions, which may act as an axis for single-axis rotation.

*1 Carbon nanotubes
Carbon nanotubes were discovered in 1991 by Professor Sumio Iijima (graduate of the Graduate School of Science, Tohoku University; currently with Meijo University) as the fifth carbon allotrope after diamond, amorphous carbon, graphite and fullerenes. They have an ultrafine tube structure consisting of a graphite sheet curled into a diameter of several nanometers (1 nm is one-billionth of a meter). The electrical, mechanical, and chemical properties of carbon nanotubes vary widely depending on the structures of curling, the diameter, and the edge state. They are a nanotechnology material considered indispensable to next-generation industry. Currently available carbon nanotubes are mixtures of molecules with various structures and are classified as molecular species by the International Union of Pure and Applied Chemistry (IUPAC).

*2 Fullerenes (C60)
Soccer-ball-shaped spherical molecules consisting of 60 carbon atoms. The structure of fullerenes was predicted by Eiji Osawa in 1970, and they were identified in 1985 by Kroto, Curl, and Smalley. The industrial mass production of fullerenes has started in Japan, and fullerenes have become representative nanomaterials that are available in large quantities at a reasonable cost. There are higher-order fullerenes consisting of more than 60 carbon atoms as well as fullerenes containing metal atoms (metallofullerenes)． Recently, functional fullerenes with specialized characteristics have been developed by various chemical modifications．