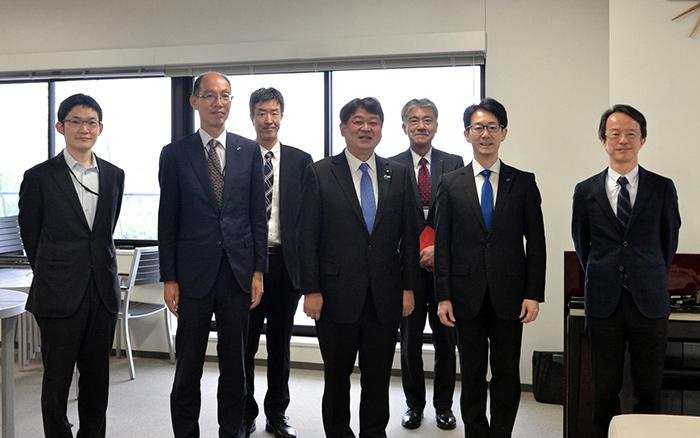 On June 6, 2022, Mr. Hideyuki Tanaka, State Minister of Education, Culture, Sports, Science and Technology and his colleagues visited AIMR.
Following a brief introduction of AIMR, they took a tour of the facilities at the institute. We would like to express our sincere appreciation for their visit. 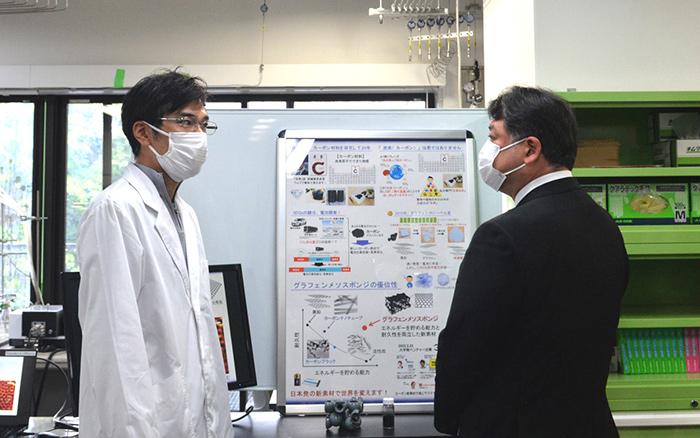 Principal Investigator, Tomohiro Nishihara explained a new type of carbon material, graphene mesosponge (GMS) which has been developed by his team. 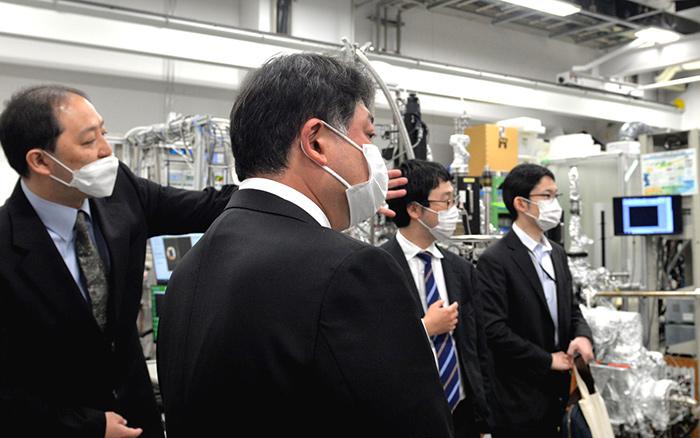