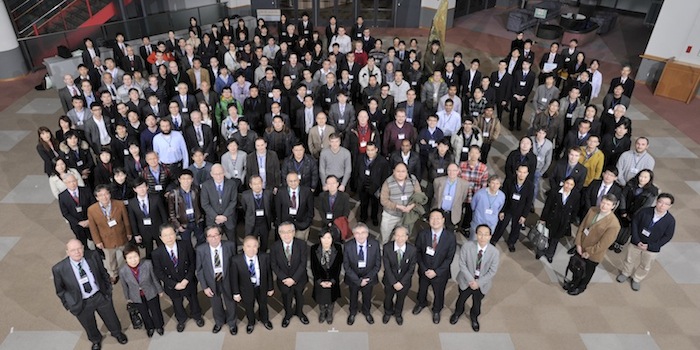 The Advanced Institute for Materials Research (AIMR) at Tohoku University held an international symposium at the Sendai International Center from February 19th to the 21st. With an opening address by Susumu Satomi, President of Tohoku University, 32 people gave lectures at this event including distinguished guests such as Nobel Prize winner Ei-ichi Negishi along with researchers of AIMR. 240 participants from 14 countries such as the United States, China and the United Kingdom carried out active exchanges of opinions following the lectures.