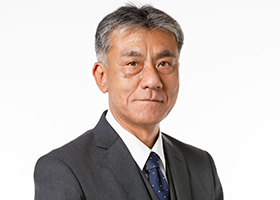 AIMR recruits researchers who have a progressive spirit and who try to create a completely new research field by putting themselves in the new environment totally unfamiliar to them, by collaborating with researchers in different scientific fields.

Our institute was established in 2007 under the World Premier International Research Center Initiative (WPI), a project initiated by the Ministry of Education, Culture, Sports, Science, and Technology (MEXT). Since then AIMR has always been striving to become one of the top materials science research institutes in the world. Tohoku University has a history of more than a century, whereas AIMR is still a young institute of 12 years since its foundation. While holding firmly to Tohoku University’s three philosophies of ‘Research First,’ ‘Open Doors’ and ‘Practice-Oriented Research and Education,’ AIMR strongly needs to create a new academic domain through interdisciplinary collaboration and to innovate its system for operating the research institute.

When new things are required, people tend to find “solutions” based on their own experiences and preconceived ideas. As a result, the obtained solution will be regarded as reasonable and logical. Not being willing to commit a mistake, however, hinders the inducement of radical reforms and the development of new research fields. The key to overcome such a limitation of way of thinking may be the courage not to fear failure as well as the flexibility to turn failure into success.

AIMR welcomes researchers from different scientific fields such as material physics, non-equilibrium material, soft material, and device/system, and promotes the coordinated collaboration with mathematicians who speak the common language of natural sciences. I am deeply convinced that there will be a breakthrough by overcoming the border between different nationalities and research fields that will lead to creative research.

The institute looks for talented people who will take part in discussions with other researchers with different research backgrounds and develop new research fields by encouraging each other without being confined to their own fields. I believe researchers who overcome their fear of fail to keep moving toward success will eventually make new inventions and new discoveries. AIMR welcomes researchers with such a progressive spirit.